You are here:Home About Us Mandate 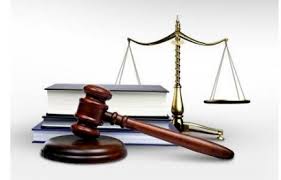 [Mandate]
Law No. (2) for the year 2007
On the establishment of an independent department of planning and land area
We Saud bin Rashid Al Mualla, Crown Prince

After reviewing the Emiri decree in 1975 constructing the Municipality of Umm Al Quwain, as amended, and the Amiri Decree No. (6)
For the year 1995 on the redundant certification ruling on a form granting residential land or to determine the ownership of the land, and the
Amiri Decree No. (1) for the year 2001 on the Establishment of a land planning and administrative area and it's number (1)
For the year 2001 issued Accordingly, and pursuant to the public interest required by law, we issued the following:
Article (1)
This legislation called the Law No. (2) for the year 2007 on the establishment of an independent department of planning and land area.
Article (2)
These have the following words and phrases, meanings and implications and concepts set forth in this law, unless the context requires
Text otherwise:
Planning: - urban and urban planning and the required elements to regulate housing and related development in
Cities and suburbs, studies, projects and drawings which are to achieve any of these goals.
Area: Preparing normal data any land or real estate, location, marking leading so be it
Schemes manual or graphic or bales or technical devices.
Department of Planning and Survey: - Management established under Law No. (2) for the year 2007.
Article (3)
Independent circuit called Planning and Survey Department established a direct supervision of His Highness the Crown Prince of the Emirate of Umm Al Quwain or
His authorized representative in a written decision.
Article (4)
Devolve since the entry into force of this law all acts and functions and procedures for planning and space that proceed under the laws
And the systems referred to in the preamble to this law or in accordance with any law or subsequent system to the Planning and Survey Department and
Or significant support for any government purpose of any action which mention or document issued as a result of him was executed after the entry into force of this law, but
If that is issued or metaphorically from the department established under this Act or attested by the crown prince or his authorized representative.
Article (5)
The Department of Planning and Survey tasks in accordance with the procedures and regulations applicable in the laws and regulations referred to in
The preamble of this law until the issuance of the executive regulations of this law.
Article (6)
Crown shall issue the executive regulations of this law.
Article (7)
This law is valid from the date of signature and shall be published in the Official Gazette.

How would you rate our services ?